Should I Be Concerned

The other day I was putting towels away in the kids bathroom and came across this scene. It made me stop and do a double take. Barbie appears to be suffering the after effects of a "few too many" during an evening of socialization with her friends.

My first thought was "Which one of my demented children put Barbie in this position and why?" My second thought was "Should I be concerned that one or more of my children know the after effects of a few too many?" 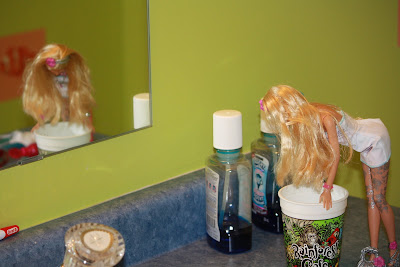 You have to admit though that Barbie has a cute outfit and her purse and shoes are to die for. 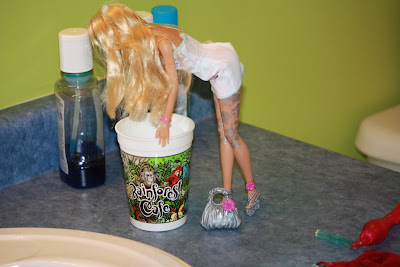 After some questioning Laura admitted to being the one who did the posing. I told her next time to put the purse farther away, you don't want it to get ruined.

LMAO! That is too funny! You crack me up!

It was nice meeting you on sunday